There is nothing better than having live music stop you in your tracks when walking down the street. It can occasionally happen when the music seeps out of a venue a band are playing at but most times it will be a busker. Don’t agree?, then maybe you need to open your ears and keep that eye observant for these street musicians. I have a happy memories of walking down Grafton Street as a teenager and witnessing buskers for the first time, one time I spotted the band An Emotional Fish busking for charity and got to meet Jerry Fish himself which, although I tried to hide it, was a big thrill.

When on honeymoon a few of weeks ago we made a trip to Avignon and at no better time as it was slap bang in the middle of the Avignon Theatre Festival when the streets were awash with fliers, posters and brochures of theatre productions after play after comedy after concert. The streets were also home to performers dressed to the nines enticing you to go see their production. However amongst the madness and the glorious sunshine were also the buskers. Some made you smile as you slowed your pace and passed them by. One in particular made us stop in our tracks and he was Tom Ward. We knew nothing about him except the fact that he is one of the most talented guitarists we have ever witnessed. I’m happy I witnessed him play and even happier he was selling his CD out of his guitar case as I might never have known who he is. 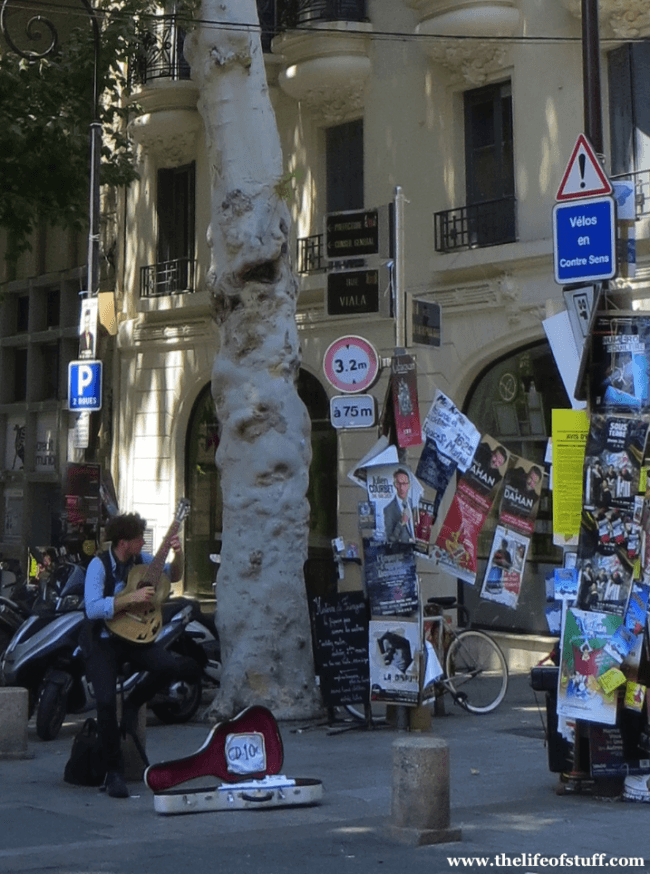 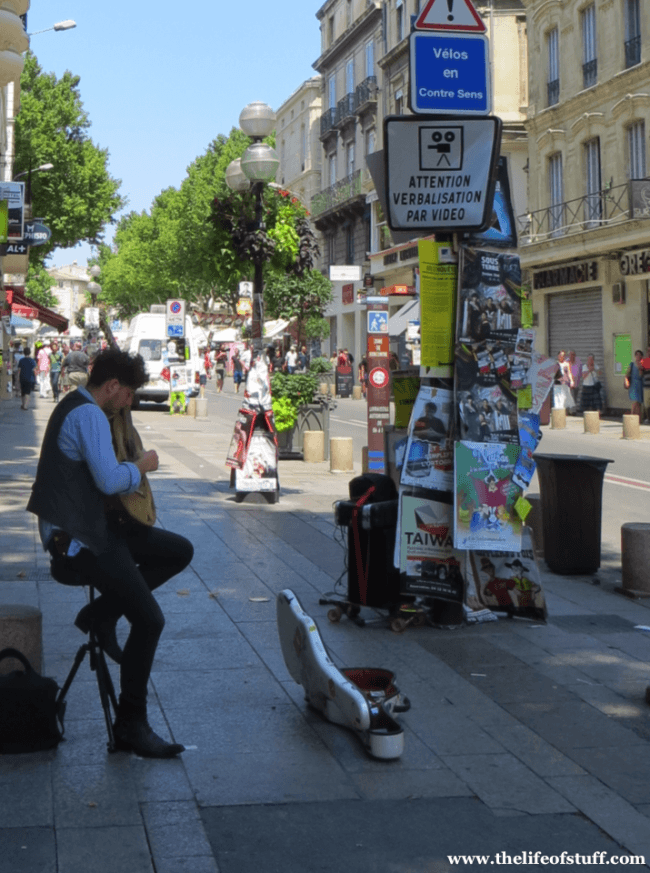 I still know very little about Tom Ward, apart from the short bio that is on his facebook page which you can read here. I do know he is Australian and has won awards in his home country. From his posts he has done a bit of travelling over the past couple of years and the fact we saw him in the South of France means he’s still at it. He has a website that you can visit by clicking here and he’s on youtube which I would recommend you check out. His style of music is Classical with a twist. He is supremely talented. That you will have to agree on whether you are ‘in to’ guitar music or not.

I have included for your enjoyment track 13, Julio Salvaor Sagreras’s El Colibri and track three, Tom Ward’s, Fantasy on three popular melodies – both taken from the album. The final video was recorded on the streets of Edinburgh, is from the Busking Project, is beautiful and is called Spanish Romance. Enjoy!